Floyd Little, college and professional football Hall of Famer, has died after "nearly a year of confronting, even battling cancer," his son Marc Little said in a statement Saturday.

The great running back who starred at Syracuse and for the Denver Broncos passed away early evening Friday at home in Las Vegas with his wife, DeBorah Little, by his side, the family said. Little, born in Waterbury, Connecticut, was 78.

"Floyd Little is a Syracuse treasure," said John Wildhack, athletics director at Syracuse University, in a statement. "The legacy that he leaves here is so much more than just one who wore #44, was an All-American, was in the College Football Hall of Fame and the Pro Football Hall of Fame. Floyd's legacy is that he was a wonderful, wonderful person."

"It is a legacy that will last forever and will never be replaced," Wildhack said.

Little was the sixth overall pick in the 1967 AFL-NFL draft. He played nine seasons in Denver, where he earned the nickname “The Franchise” because his signing was credited with keeping the team from relocating and helped persuade voters to approve funds for the old, iconic Mile High Stadium, which has since been replaced by Empower Field at Mile High.

© Mark Duncan Image: Floyd Little poses with his bust after enshrinement in the Pro Football Hall of Fame in Canton, Ohio in 2010. (Mark Duncan / AP file)

“Floyd Little was a true hero of the game. He was a man of great integrity, passion and courage. His contributions off the field were even greater than his amazing accomplishments he did on it," said David Baker, president and CEO of the Pro Football Hall of Fame, in a statement. "Floyd’s smile, heart and character epitomized what it meant to have a Hall of Fame life."

In 2011, Little returned to Syracuse as a special assistant to the athletic director, a position he held until 2016, when he received an honorary doctorate degree from the university. After that, he moved to Las Vegas with his wife, DeBorah.

"Floyd mentored countless student-athletes, and dedicated his time, energy, and resources to improving the lives of others," said Syracuse University Chancellor Kent Syverud in a statement.

Syracuse men's basketball coach Jim Boeheim posted a tribute to Little on Twitter saying, "I have lost a great friend and Syracuse University has lost one of its all-time greatest ambassadors. Floyd Little brought a smile to the face of everyone he encountered. Juli and I send our condolences to DeBorah and Floyd’s family."

During his nine-year pro career, Little rushed for 6,323 yards and 43 touchdowns and caught 215 passes for 2,418 yards and nine TDs. He had the most all-purpose yards in pro football and ranked second only to O.J. Simpson in yards rushing over his career.

An ex-teammate of Little’s at Syracuse, Pat Killorin, made Little’s cancer diagnosis public in May when he created a GoFundMe page to help the family with treatment costs.

"On January 1, 2021, my best friend, my father, met Jesus Christ. I cannot be more happy for him. I will miss him more than I can fathom. I was blessed to have Floyd Little as my father. I am the luckiest son in the world," Marc Little tweeted.

Besides his wife and son, Floyd Little is survived by daughters Kyra Little DaCosta and Christy Little Jones. 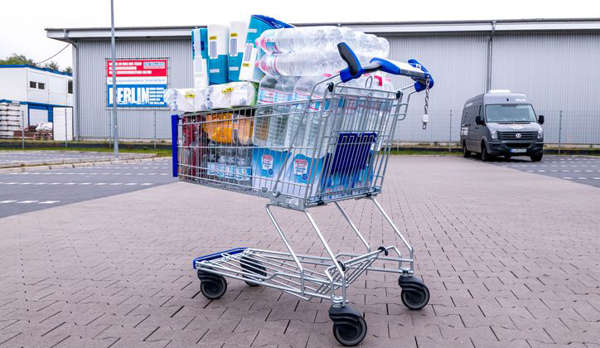