The 50 best action movies you can stream right now
‘Anne Boleyn,’ ‘Leonardo’ and More to Watch at MipTV
Falcon and the Winter Soldier: We Have Questions About the Last Two Episodes
Quotes Every Woman Should Share With Her Mom
12 spring reading picks from your favorite historical fiction authors
Looking Back at Queen Elizabeth II and Prince Philip's Honeymoon, Nearly 74 Years Later

All 9 Oscar Best Picture Nominees With a Black Director, From ‘Precious’ to ‘Judas and the Black Messiah’ (Photos)
3 Minutes|

Why Kaia Gerber and Jacob Elordi Are Taking Things Slow and Steady
Kaia Gerber and Jacob Elordi are still going slow and steady. After more than half a year of dating, a source exclusively tells Us Weekly that the two don’t want to rush their relationship. “Kaia and Jacob are enjoying being a couple right now,” an insider dishes to Us. Gerber, 19, and Elordi, 23, were first linked in September 2020 after they were spotted holding hands. After vacationing in Mexico later that month, they made their relationship Instagram official at Halloween in a couples costume (as Elvis and Priscilla Presley). However, don’t expect the Calvin Klein model and the Euphoria actor to run down the aisle. It seems they’re enjoying their slow-burn romance as they build a deep connection. “They’re not rushing into anything serious like an engagement,” the source tells Us. “They’re young and want to experience life together. They’re lovers and also best friends. They’re always together when they don’t have work commitments.” The two were spotted enjoying a laidback dinner with friends on Wednesday, April 14. The boyfriend and girlfriend held hands as they left Nobu in Malibu, California. Kaia’s famous parents, Cindy Crawford and Rande Gerber, are big supporters of her relationship with the Kissing Booth actor, per the insider. They even had Elordi join them on their September trip to Mexico. “Kaia’s parents adore Jacob and think he’s a great match for Kaia,” the source says. Elordi and Gerber have plenty to bond over, including their shared love of fashion and fitness. Elordi was a model before he started acting, and both have been in modeling campaigns for Calvin Klein. “It’s actually crazy how much they have in common – it was like the universe brought them together!” the insider reveals. Gerber previously dated Saturday Night Live funny guy Pete Davidson while Elordi’s exes include Joey King and Zendaya. King was his costar in all three of Netflix’s The Kissing Booth movies while Zendaya works with him on HBO’s Euphoria. While Elordi’s exes are actresses, moving on with a model may have been the right call. King previously hinted that their sharing a profession was difficult for her and the Australian actor. “No. I couldn’t,” King said in August 2020 when Howard Stern asked whether she would ever date an actor again. “I think that it’s awesome to date someone in your field, who gets it, but doing the same exact thing as somebody is tough. It’s really tough.” For now, it seems like Elordi has settled into his slow romance with Gerber. See more below of their outing at Nobu. With reporting by Diana Cooper
3 Minutes|

'Leave Britney Alone': The creator behind the 2007 viral video reflects on why people ignored them
3 Minutes| 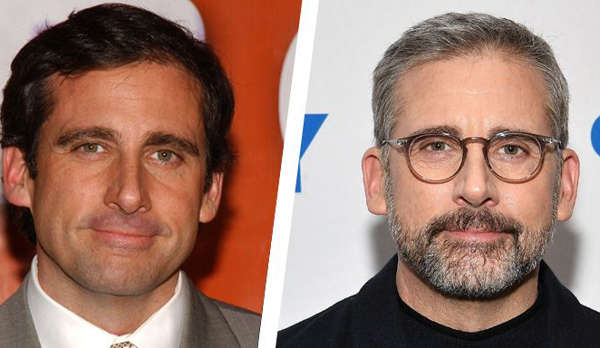 Celebs Who Look Even Better With Gray Hair, From Anderson Cooper to Steve Carell
3 Minutes|